After practicing law for nearly 20 years, Chris left his career and went back to drama school at The Midlands Academy of Musical Theatre.

After leaving, Chris walked straight into a lead role in The Dreaming at Lichfield Garrick and received the following review: "There’s a particularly impressive vocal performance from Chris Gilbey-Smith as Angel the Oberon-like leader of the boy-woodlanders" Mark Shenton, The Stage.

Chris then landed the lead role of Ebeneezer Scrooge on a UK and Ireland Tour of A Christmas Carol.

His professional career has continued from there and includes runs of Roald Dahl’s “The Twits”, playing Julian Marsh opposite X factor winner Sam Bailey in 42nd Street, playing the villain Leonardo in Beauty and the Beast pantomime.

Chris is also a member of the West End Gospel Choir and performs professionally with them. Highlights include performing with Kerry Ellis and Loose Women’s Brenda Edwards amongst others.

Chris delivers acting and musical theatre workshops to students and directs both plays and musicals. 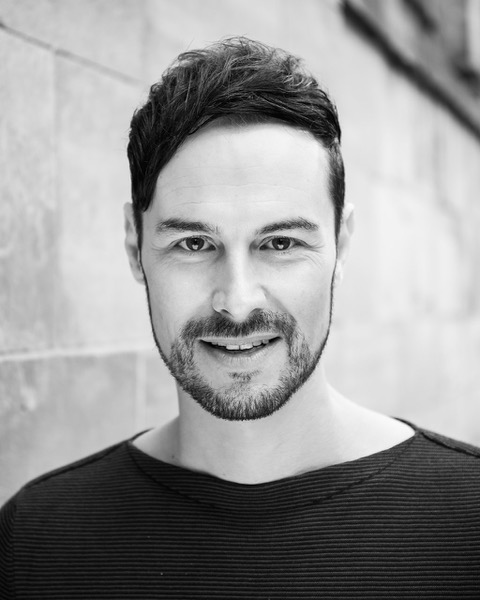