Having trained at the world-class performing arts school, Arts Educational Schools London (ArtsEd), Rich Hazlewood graduated with a master’s degree in Acting and Theatre before forging a successful career as a professional entertainer.

With over a decade of experience as an actor-singer, Rich’s talents have seen him tread the boards in a variety of stage productions across the globe, with credits including a China tour of the hit show, ‘Aladdin’ and Shakespeare’s ‘Twelfth Night’ at the Shakespeare Festival in  Brighton and London.

As a vocalist, Rich has toured the UK and Europe both a soloist with his swinging big band show, RichSwings, and within well-known groups such as Revival Live UK’s vocal harmony trio, The Bombshell Beaus. He is also recognised for his work as a voice-over artist, with his recordings being used for promotional recordings and touring theatre shows.

This extensive industry experience, combined with his zest for tutoring budding performers, makes Rich a perfect addition to the professional team of talented coaches here at Riverside Studios.

Working alongside Director, Katie Ashby, Rich has been Riverside’s Head of Drama for 3 years, teaching drama and musical theatre lessons to both children and adults alike. Utilising his knowledge and skills gained at ArtsEd and throughout his career as a performer in his own right, Rich shares his expertise on a range of rehearsal and learning techniques.

Also a strong advocate for outside the box thinking, Rich specialises in training younger students and in encouraging them to think more creatively, he brings the best out of their talents which have been demonstrated in the live productions we have taken to the stage at local performance venues. 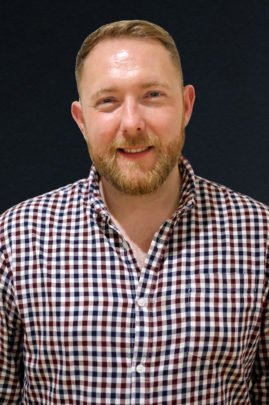